Millennium - This Is Who We Are 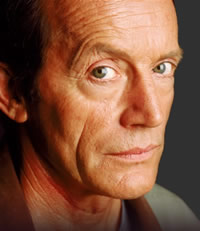 Welcome to Millennium - This Is Who We Are, driven by a passionate appreciation of creator Chris Carter's critically acclaimed Millennium TV series.

Millennium was an award winning, hour-long apocalyptic drama series produced in 1996, that challenged the established boundaries of network television at that time. The beautifully shot, dark drama starred actor Lance Henriksen as series protagonist Frank Black, a retired FBI criminal profiler expert who used both his 'gift' and his humanity against the ever increasing presence of malevolent evil within our society, as the world approached the brink of the year 2000.

Throughout 67 episodes spread across 3 seasons, Millennium was at all times thoughtfully and passionately written, filmed and directed by Ten Thirteen Productions, the successful team behind The X-Files. In sharp cutting contrast to the often ominous darkness and violent imagery, Frank Black together with his family and professional colleagues brought a warming light into the series' darkness, set against the backdrop of a hauntingly beautiful emotional soundtrack by composer Mark Snow. Learn more about the show from our Millennium Series Introduction.

What is Millennium - This Is Who We Are?

M-TIWWA exists to recognise, highlight and show the world-wide appreciation and love that still exists for the incredible talent, imagination and creativity of Millennium's cast, writers and production crew. Both long standing viewers and those new to Millennium will appreciate our ever increasingly detailed collection of Millennium Group-inspired profiles detailing aspects of every episode, cast, character and crew member, complemented by pages of deeper analysis, episode transcripts, credits listings that include uncredited actors, and a collection of both classic archived as well as new Millennium inpired downloads and content.

Besides featuring fan-written Millennium episode reviews and extended analysis in the form of episode articles, we've also integrated a multitude of trivia, facts and background information into the profiles and listings, contributed via our respected and friendly community This Is Who We Are (TIWWA), the largest and most feature-laden Millennium dedicated discussion forums you'll find online, where you can drop by to discuss the series, trivia and references, ask questions or just hang out, catch up and make friends with fellow Millennium fans.

We've also created an inspired Millennium Episode Locations Map which allows you to follow the international challenges of Frank Black and the intriguing Millennium Group.

Don't miss our integrated Millennium Music Guide featuring detailed profiles that include a wealth of information including lyrics, album and song details with music videos all in appreciation for the inspirational music that was featured and used throughout Millennium.

M-TIWWA features factual analysis and in-depth content about Chris Carter's Millennium, and is a modern, responsive platform for fans and enthusiasts keen to remember, learn something new, to come together to discuss, learn and discover much more about one of their favourite and most thoughtfully created shows of all time.

Thank you for visiting M-TIWWA and please consider joining our This Is Who We Are Community Forums where you will recieve a friendly welcome from fellow Millennium fans!

THIS IS WHO WE ARE

Our top 5 most accessed Millennium Episode Profiles are:

Our top 5 most accessed Millennium Cast Profiles are:

Our top 5 most accessed Millennium Character Profiles are:

Our top 5 most accessed Millennium Crew Profiles are:

Don't miss our Millennium Articles section, based on various aspects of Millennium and the series' episodes. Articles expand upon series or episode events, trivia, mythology, science, references, scenes and characters.

Some of our latest Millennium Episode Reviews, kindly submitted by fellow fans and forum community members:

Subscribe and keep track! Simply add one or more of our free RSS news feeds to your browser, news reader or personalised home page.

Our main news articles feed from M-TIWWA, keeping you updated with Millennium news.

The latest topics RSS feed from our much loved TIWWA Community forums.

Our RSS news article feeds are for personal use, not to be used on external third party websites without permission. Thank you! It's October 13th once again so we'd like to join Millennium and X-Files fans in wishing Chris Carter a very Happy Birthday!

Christopher Carl Carter was born 62 years ago today in October 1956, the elder son of William and Catherine Carter. You can learn more about him via Libby's Chris Carter crew profile.

Will you be celebrating Ten Thirteen Day with a few favourite episodes from your Millennium and X-Files box-sets? If so, let us know which episodes and series you choose.

Happy 15th Anniversary to This Is Who We Are!

Today marks the 15th anniversary of This Is Who We Are, our Millennium community forums!

TIWWA first went live on December 1st 2002 and has since grown to become the largest, respected and most feature-laden Millennium fan community available online.

This wouldn't have been possible without our fantastic Candidate, Initiate and Patron Group Members and of course, Libby and our volunteer Elder Staff Team.

My thanks and sincere appreciation to all of our forum community members.

Millennium Soundtrack on sale offer for one week 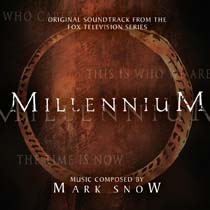 La-La Land Records are currently running a one-week only sales promotion dedicated to soundtracks from the nineties, which includes some great reductions on both available volumes of Mark Snow's stunning Millennium Soundtrack.

"NIFTY 90's SPECIAL! ONE WEEK ONLY!
The 1990's generated some of the most amazing contemporary scores in cinema! Join us in celebrating this period with incredible prices on the following selected group of some of the decade's most exciting scores!".

This is an ideal opportunity to buy music from Chris Carter's Millennium,

It's October 13th so we'd like to join Millennium and X-Files fans in wishing Chris Carter a very Happy Birthday!

Christopher Carl Carter was born 61 years ago today in October 1956, the elder son of William and Catherine Carter. You can learn more about him via Libby's Chris Carter crew profile.

Will you be celebrating Ten Thirteen Day with a few favourite episodes from your box-sets? If so, let us know which episodes and series you choose.

Entertainment news website Deadline have recently published an interesting interview with Millennium creator, Chris Carter. Although primarily focused on The X-Files due to the forthcoming eleventh season due in 2018, Chris was able to add some thoughts on Millennium which are always welcomed by appreciative fans of both series.

Just prior, Chris had discussed where he felt The X-Files fitted into the Donald Trump era, where "... we're looking at a world where now truth is thrown out the window and conspiracy is now seemingly the center. Everything's been turned on its head and that's an interesting time to be telling X-Files stories."

DEADLINE: In such times, are there other shows you'd like to resurrect?

CARTER: I think Millennium would be a show that would have more life in it but no one's ever spoken seriously to me about that.

CARTER: Yeah, I always feel that there are more of those stories to tell as well. After three seasons, we pulled the plug on that show but the ratings were still very good so I think that there is a new approach to that show building on the solid foundation that was already there.

Additional Millennium related news is available in our News Archives.