A Millennium cast profile of Andrew Airlie, listing all episodes and seasons in which Andrew Airlie appeared. The main cast and guest stars of Chris Carter's Millennium have summaries, trivia and biographies where available.

Sorry, there are currently no Millennium related interviews with Andrew Airlie, however we do have many other Cast and Crew interviews which you may find of interest.

This profile has been viewed 2672 times. 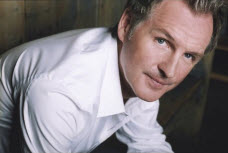 He has starred in television series including Breaker High and his TV credits include guest starring in popular television shows such as Monk, Smallville, Stargate SG-1 and The X-Files. He had a regular role as Mr. Oliver, the protagonist's father, on the television series, Reaper, which aired from September, 2007 until May, 2009. He currently plays Mission Control Commander Mike Goss on the internationally produced tv series Defying Gravity.

His best-known movie role was as "Christopher Corman" in Final Destination 2.

Andrew Airlie was a member of Millennium's cast.

Andrew Airlie has an entry at the Internet Movie Database, available at:
https://www.imdb.com/name/nm0014803/

Andrew Airlie has an entry at Wikipedia, available at:
https://en.wikipedia.org/wiki/Andrew_Airlie

Sorry, we don't currently have a Facebook page listed for Andrew Airlie.

Andrew Airlie appeared in the following 1 episode/s of Millennium: