A Millennium cast profile of Dick Bakalyan, listing all episodes and seasons in which Dick Bakalyan appeared. The main cast and guest stars of Chris Carter's Millennium have summaries, trivia and biographies where available.

Welcome Frank.
There are 341 days remaining.

Sorry, there are currently no Millennium related interviews with Dick Bakalyan, however we do have many other Cast and Crew interviews which you may find of interest.

This profile has been viewed 3481 times. 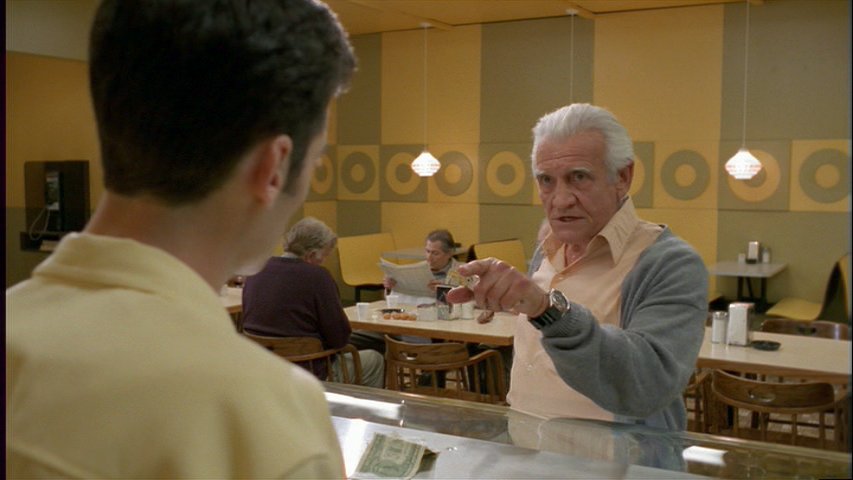 Richard Bakalyan will forever be fondly remembered by fans of Millennium having appeared in the role of a demon named Abum during the semi-macabre, darkly humoured episode, Somehow, Satan Got Behind Me, which was written by Darin Morgan.

Abum was a demon so irritating, the clerk at The Donut Hole urinated in his coffee.

View the obituary of Richard Bakalyan.

Dick Bakalyan was a member of Millennium's cast.

Dick Bakalyan has an entry at the Internet Movie Database, available at:
https://www.imdb.com/name/nm0048147/

Sorry, we don't currently have a Wikipedia entry listed for Dick Bakalyan.

Sorry, we don't currently have a Facebook page listed for Dick Bakalyan.

MLM#-221 Somehow, Satan Got Behind Me as Abum