A Millennium cast profile of Ken Pogue, listing all episodes and seasons in which Ken Pogue appeared. The main cast and guest stars of Chris Carter's Millennium have summaries, trivia and biographies where available.

Sorry, there are currently no Millennium related interviews with Ken Pogue, however we do have many other Cast and Crew interviews which you may find of interest.

This profile has been viewed 2582 times. 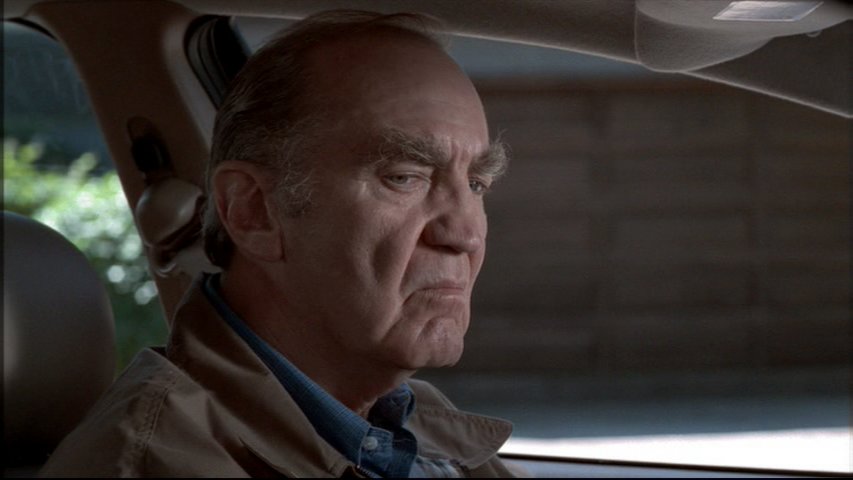 Kenneth Pogue (July 26, 1934 - December 15, 2015) was a Canadian actor who portrayed the role of Catherine Black's father Tom Miller. His first appearance as Tom was in Season One's Paper Dove when he asks Frank to look into an old local case that may not have been investigated and resolved properly the first time around. Ken Pogue later resumed the role in Season 3 for an additional three further appearances.

Kenneth Pogue's first motion picture role in 1973 was in The Neptune Factor. He almost drowned in scuba gear.

One of his memorable roles is Gerrard in CTV's pilot of Due South in 1994. It aired on CBS in the United States. Pogue reprised his character in the Season 2 episode "Bird in the Hand" where Constable Benton Fraser (Paul Gross) is forced to choose duty or vengeance.

Ken Pogue was a member of Millennium's cast.

Ken Pogue has an entry at the Internet Movie Database, available at:
https://www.imdb.com/name/nm0688285/

Ken Pogue has an entry at Wikipedia, available at:
https://en.wikipedia.org/wiki/Ken_Pogue

Sorry, we don't currently have a Facebook page listed for Ken Pogue.

Ken Pogue appeared in the following 4 episode/s of Millennium:

MLM#-301 The Innocents as Tom Miller