A Millennium cast profile of Lorena Gale, listing all episodes and seasons in which Lorena Gale appeared. The main cast and guest stars of Chris Carter's Millennium have summaries, trivia and biographies where available.

Welcome Frank.
There are 341 days remaining.

Sorry, there are currently no Millennium related interviews with Lorena Gale, however we do have many other Cast and Crew interviews which you may find of interest.

This profile has been viewed 3181 times. 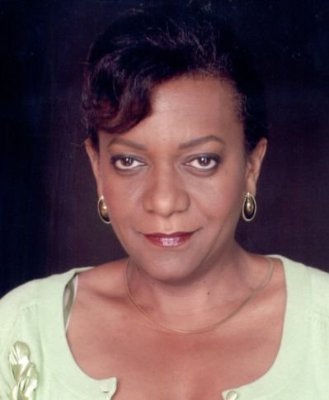 Lorena Gale (May 9, 1958 - June 21, 2009) was a Canadian actress, director, and writer. She was active on stage and in films and television since the 1980s. She also authored two award-winning plays, Angeacute;lique and Je me souviens.

She appeared in such movies as Fantastic Four, The Chronicles of Riddick, and The Exorcism of Emily Rose. She has guest starred on programs such as The X-Files, Smallville, Millennium and Kingdom Hospital. Until August 2005, she starred as Priestess Elosha on the SciFi Channel television program Battlestar Galactica.

Her play, Angeacute;lique, the story of executed slave Marie-Joseph Angelique, was the winner of the 1995 duMaurier National Playwriting Competition in Canada.

Lorena Gale was a member of Millennium's cast.

Lorena Gale has an entry at the Internet Movie Database, available at:
https://www.imdb.com/name/nm0301874/

Sorry, we don't currently have a Wikipedia entry listed for Lorena Gale.

Sorry, we don't currently have a Facebook page listed for Lorena Gale.

Lorena Gale appeared in the following 1 episode/s of Millennium: