An exclusive Sarah-Jane Redmond (Millennium's Lucy Butler) Interview hosted on our forums at This Is Who We Are Millennium Message Board.

This interview has been viewed 6878 times.

This interview is courtesy of Scott Pugliese - This Is Who We Are - Millennium Message Board.

This is a cast interview with Sarah-Jane Redmond. 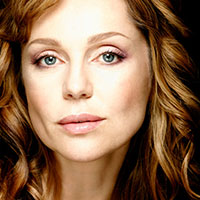 It is with great enthusiasm and excitement that I present this interview! It has been an absolute honor and pleasure corresponding with Ms Redmond. I am overwhelmed by the inspiring, detailed, and insightful answers she has given to my interview questions! I think you will be inspired also! Ms Redmond is very excited and happy to have the opportunity to participate and interact with the MillenniuM fan community through TIWWA. And she is herself, a true fan of the entire show, as you will see from her praise for the show, and it's cast and crew! I cannot tell you what an honor it is to have the opportunity to interview her and be a contact for her.

I really want to take this opportunity to thank her for her generous and inspiring response to my interview questions! She obviously put a lot of time, though, effort, and detail into her responses, for which I am truly grateful and appreciative. I think you will be too!

I composed a lengthy list of interview questions/comments for Ms Redmond to respond to via e-mail. She responded in the format of a letter, rather than a question by question format, which I am please to bring you now! But first, I present the questions I posed to her, followed by her responding letter.

So, with out further adeu, I give you the first interview with Sarah-Jane Redmond at TIWWA!

Ms Redmond, I think I can speak for all the fans here at TIWWA in saying that we are extremely excited and honored to have you join us! The character that you brought to life and helped create is one of the defining and most engaging aspects of MillenniuM. You created a "new face of evil" for us. In the Lucy Butler character you created a frighteningly intriguing and harrowingly unique version of the age old story of the Devil (commonly referred to as Legion by MillenniuM fans). So, thank you so much for the character you gave us, and for [communicating with] us here at TIWWA! And much thanks for granting me this interview.

The first thing that comes to mind for me is - what was your inspiration for the Lucy Butler character? How did you conceive of playing her in the manner that you did? I am sure the writers, directors, and producers had their own visions of the character, but you are ultimately the one who brought her to life. So, what did you draw upon for inspiration? Was your own imagination your inspiration, or something - or someone - else? How much were you involved in creating the character? Did you pursue this part, or did someone else recognize your potential for playing this part?

The relationship between Frank Black and Lucy Butler is one of the greatest and most subtle nemesis tales ever conceived and portrayed. You and Lance Henriksen played incredibly off of each other. In my perception, it almost seemed to come naturally for both of you. Did you and Mr. Henriksen have to work to achieve this "nemesis-chemistry," if you will? How did you prepare together for the interactions between your characters? Or did it just come naturally?

It is interesting to note that Terry O'Quinn also appeared in Aubrey, as well. You then went on to eventually work with him on the cast of MillenniuM and of Harsh Realm. This really seems to be more than coincidence. Had you and Terry O'Quinn worked together on other projects previously to this episode? And, was there something in this episode and its production that made Chris Charter - or the other members of the Ten Thirteen Productions team — feel that you and Mr. O'Quinn should work together again?

You also did a terrific job of playing the mysterious, manipulative, and enigmatic Inga Fossa on the cast of Harsh Realm. She was one of my favorite characters, in fact. You seem to have a knack for playing intense and powerful characters. Do you draw this intensity, mystery, enigma, and power from within yourself and your own personality? And again, what was your inspiration for portraying this character? How much were you involved in creating the character? Did you pursue this part, or did someone else recognize your potential for playing this part?

You even appeared in Gordon Howard's Strange World. Same questions here. What was it like working with the cast and crew, and what did you enjoy most about this experience?

Most of your television appearances seem to have been on the cast of science fiction oriented programs. What is it about these roles and shows that you are drawn to? Are you a fan of Sci Fi yourself?

Now, I would like to steer our discussion back toward MillenniuM. The Lucy Bulter mytharc came to be an extremely important and powerful part of the entire MillenniuM story and the story of Frank Black. Was this something that was planned from the beginning? Or was it something that evolved once the writers, directors, and producers saw what a great job you did with the part, and how the fans responded? How much were you involved in developing the Lucy Butler mytharc? Were there plans for Lucy to appear again in a potential season 4, before the show was cancelled? If so, what were these plans or ideas?

What were your reactions and feelings about the cancellation of MillenniuM? Did you view the show during the years that it originally aired? If so, do you have any favorite episodes, and what did you like most about the entire show?

...I am happy to participate and share my experience regarding MillenniuM, as this was the experience that inspired me to continue in the field of acting, and taught me so many wonderful tools that continue to help me strive for the best.

I wanted so much to work on Millennium, as I found Chris Carter a prolific and captivating writer, and was pleased to hear I had an audition for him, in an episode that David Nutter was to direct. I knew at the time that I felt very strong about the audition, and was suprised to say the least when the casting director called me at home. She said that they did not want to give me the part I had auditioned for, because they had a new re-curring character that they would like me to play. This was the part of Lucy Butler.

Lance Henriksen I simply cannot say enough about. I have worked with many 'stars', and Lance has been by far the greatest example of grace, talent, joy, commitment, and genourosity I have ever come across. At the time, I was considering not continuing my career, as I found television disheartening by the people I had been working with. It was nothing like the rush I had felt in theatre school, the rush of communicating with another actor, creating intensity and chemistry. When I worked with Lance, it was like lightening. He is so alive, so willing to play, and be challenged. I think that some found him intimidating, but if you can look him in the eye and 'dance', there is a respect that is formed, and then the stage is wide open to play, and create dynamic scenes.

Lance is one of, if not the, most giving, dynamic powerful, and daring actors I have thus far worked with. He came up to Vancouver to work on The Invitation, and I think I can speak for the other actors involved that it was such a joyful, pleasurable experience. It is clear to anyone who comes in contact with Lance, that he loves his craft, and his exuberance for life comes through in his work.

Of all the episodes I did, I think the first one was my favourite. The first day, going to set, I had barely done any work previous to this part, and the scene required me to be interrogated by terry o'quinn and lance, but I had to dance circles around them, so I had to control the scene. I honestly did not know how I would do it, but as soon as I got to set, the character takes over, and I found that I had more of Lucy in me than I realized. The power felt natural and intoxicating, calm, yet the 'fires of hell' were burning, bubbling. It was also fascinating to get the moulding done for the face of the devil. It took 6 hours to apply, and I had a chance to go back to my trailer and work with the 'mask'. What you find is that you can completely loose all other aspects of yourself, and you have the permission to go completely to areas you perhaps only touch upon in life. This was the dark side, for me. Which I enjoyed exploring emensly.

In regards to working with Terry O'quinn more than once, I think that Mr. Carter has a certain style that he is drawn towards, and he just happened to like casting the same people. From what I know of Mr. Carter, I have never experienced anything but grace, patience, and perfectionism. He has specific ways in which he invisions, yet also giving the artist room to play, to create.

Harsh Realm was a character very close to what I sometimes like to wish I am like in reality, so it is just a matter of intensifying that fantasy. What I enjoyed the most about working on Harsh Realm was the science-fiction aspect, that within that universe that Mr. Carter created, anything was possible. Being limitless is within us all, and to be a part of that, even if in fantasy is thrilling.

Really though, it is just the fun of feeling like you are going to play everyday, not work. You ask about working on Science fiction stuff - I am working on a new series, sci fi, that is a comedy, so this is again a new avenue. It is called 'Alienated' - you can look up the website, it airs on Space channel.

I think you would have to ask Mr. Carter in regards to if they had planned to introduce a character like Lucy before meeting me. I do get the impression, though, that he moulds his characters to what he sees within someone. I don't know what that says about me..... But I think it was the chemistry that Lance and I created that brought Lucy back. What amazed me when the show was cancelled was the tremendous amount of fan support, there was so much talk of trying to get it going again from the fans. I think that if there is one fault, of Millennium and Harsh Realm, it is that Mr. Carter does not assume like most other shows, that his audience is not intelligent. His concepts are complex, and that, to me, is what makes them so exciting to follow.

I took the time to answer your questions, because I am so proud of working on Millennium, and the shows creators took a chance on me, and my career took off from that point. Lance taught me what a true 'star' is like - just like everyone else on set. And Mr. Carter is beyond his time.

Any more questions, let me know.

This interview is courtesy of Scott Pugliese - This Is Who We Are - Millennium Message Board.