A Millennium character profile, listing all episodes and seasons in which Group Member appeared. The main characters of Chris Carter's Millennium have summaries and biographies where available. Where possible and relevant, we've also included any determined allegiance to for example Millennium Group Factions such as Owls and Roosters or if the person is determined as being a member of Legion etc.

Welcome Frank.
There are 137 days remaining.

This profile has been viewed 2277 times.

There is no behavorial data available for Group Member. 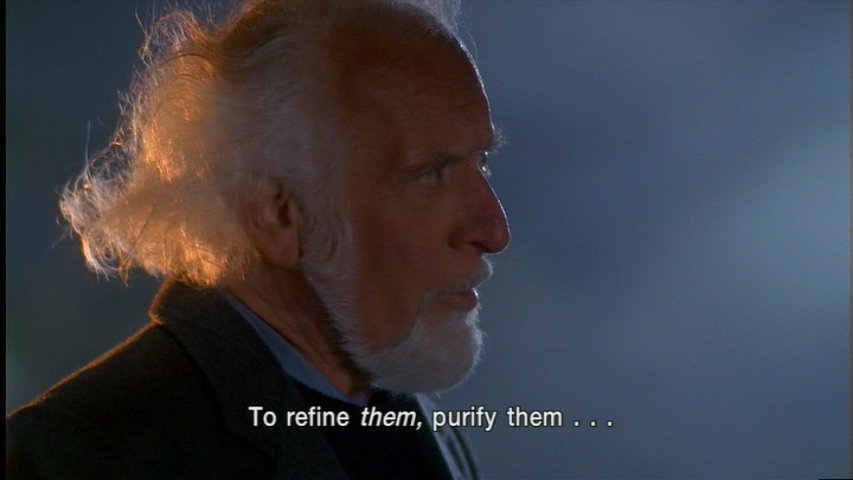 The character credited as Group Member was the white-haired Group Elder that initiated Peter Watts into the Millennium Group.

Watts, during the Season 2 finale episode The Fourth Horseman, recalls the moment when the Group approached him, following a particularly distressing murder enquiry of an infant.

The Elder explained to Watts that like him, the Millennium Group was not content to sit around, waiting for a happy ending.

Peter later recollects the white-bearded Elder again when he performed a riverside initiation ceremony in Latin for Peter Watts.

Profile courtesy of The Old Man.

Group Member was a character in the television series Millennium.

Group Member appeared in the following 1 episode/s of Millennium: