A Millennium character profile, listing all episodes and seasons in which The Old Man appeared. The main characters of Chris Carter's Millennium have summaries and biographies where available. Where possible and relevant, we've also included any determined allegiance to for example Millennium Group Factions such as Owls and Roosters or if the person is determined as being a member of Legion etc.

This profile has been viewed 9270 times.

There is no behavorial data available for The Old Man. 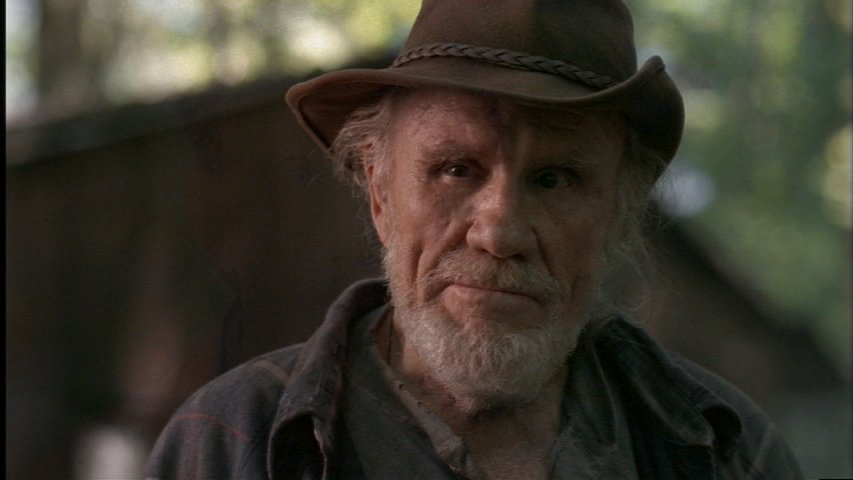 The leader of The Millennium Group, he was responsible for educating Candidates on the nature of Evil. Among them was Frank Black who visited Bucksnort on the request of Peter Watts (Beware of the Dog).

An Elder, presumably a wise and intelligent man is chosen to be the spiritual leader of the Group. This chosen one is dubbed the "Old Man". The Old Man has a number of tasks which include (but are not limited to) initiating candidates, providing moral guidance, making predictions (refer to the scenes inside his cabin which show predictions and timelines), and providing any high priority consultation. The Old Man commands the utmost respect of all Group members, and his word is prime over all others.

The Old Man travelled to Seattle and, through his death, reunited The Millennium Group, which had begun disintegration through the influence of Odessa. When questioned by Lara Means on what faction he believed (Owls or Roosters), he replied that he had already "seen the end of the world" when Rudolph Axmann had his parents gassed at Auschwitz (Owls, Roosters).

It's revealed that The Old Man approached Peter Watts with an offer to join The Millennium Group. Watts, going through an especially difficult period, saw comfort in The Group, and agreed (The Time Is Now).

The Old Man was a character in the television series Millennium.

The Old Man appeared in the following 3 episode/s of Millennium: