A Millennium profile listing all episodes and seasons on which Winrich Kolbe contributed. The main crew members have summaries and biographies where available, and we continue to add and update profile content regulary.

Sorry, there are currently no Millennium related interviews with Winrich Kolbe, however we do have many other Cast and Crew interviews which you may find of interest.

This profile has been viewed 3398 times. 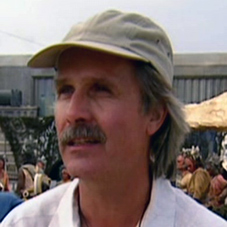 Winrich Kolbe (1940-2012) was a German-born American television director and producer, best known for his work in various Star Trek television series during which time he dated Star Trek Voyager's Kate Mulgrew. He also worked as a professor at the Savannah College of Art and Design. He retired from that post in in 2007, apparently due to illness.

According to his family, Kolbe died in late September of 2012. His death was noted in the memoriam column of the November DGA Monthly.

Winrich Kolbe was a member of the Millennium crew.

Winrich Kolbe has an entry at the Internet Movie Database, available at:
https://www.imdb.com/name/nm0463926/

Winrich Kolbe has an entry at Wikipedia, available at:
https://en.wikipedia.org/wiki/Winrich_Kolbe

Sorry, we don't currently have a Facebook page listed for Winrich Kolbe.

Winrich Kolbe worked on the following 4 episode/s of Millennium: