This page is an introduction to Portishead whose music was used during the Millennium episode Pilot. A complete list of all music by Portishead that was used throughout Millennium is also listed below.

This music profile has been viewed 10124 times.

Music by Portishead used in the Millennium episode Pilot Portishead is a trip hop band from Bristol, England, named after the small town of Portishead, 12 miles west of Bristol. With their use of live jazz samples and intentionally lo-fi sound, the band has been cited as influential by many modern musicians including underground producer Danger Mouse and videogame musician/producer Akira Yamaoka.


Where Portishead can be heard in Pilot

The Millennium episode Pilot contains the following music by Portishead:

Music from Portishead was used in a total of 1 episode/s of Millennium. Below is a complete list of all music by Portishead heard throughout the series and the episodes in which it was used, including links to the relevant music and episode profiles:

The band was formed in 1991, by keyboardist/multi-instrumentalist Geoff Barrow and singer Beth Gibbons. Barrow had previously worked with two other trip hop artists from Bristol, Massive Attack and Tricky. They named the band after Barrow's home town, Portishead.

After releasing a short film (To Kill a Dead Man) and its accompanying music, Portishead signed a record deal with Go! Beat Records and their first album, Dummy, was released in 1994, and featured heavy contributions from guitarist Adrian Utley. In spite of the band's aversion to press coverage, the album was successful in both Europe and the United States, spawning two hit singles, "Glory Box" and "Sour Times". Portishead has often been used as accompanying music in the media. Such examples include car adverts, Channel 4 intermissions, the movie Lord of War and the teenage drama series Sugar Rush. Dummy won the 1995 Mercury Music Prize.

Their second album, Portishead, was released in 1997, and featured the single "All Mine". A live album featuring new orchestral arrangements of the group's songs was recorded primarily at Roseland in New York City, and released in 1998 with a DVD of the concert soon following. 1999 saw a cooperation with singer Tom Jones for a track on his album Reload.

There were rumours of a third album to be published, possibly called Alien, but Portishead's official site dismissed the rumours: "We have noticed that there is some confusion on an album release called Alien. Please be aware that this is NOT a Portishead release. The band are in the studio working on new material now but no release dates are scheduled as yet. Keep an eye on the site as any release plans will of course be announced here first!" As of January 2007, no new album has been scheduled for release. There is another so-called Portishead album circulating called 'Pearl', but this is actually an album by Mandalay.

Portishead did show the first signs that their third album was progressing by posting two new tracks on their MySpace page in August 2006. However these were subsequently dismissed by Geoff Barrow as 'doodles'. On October 18, 2006 Geoff Barrow confirmed that a third album was currently being recorded.

In February 2005 the band appeared live for the first time in seven years at the Tsunami Benefit Concert in Bristol. Around the same time Barrow revealed that the band was in the process of writing its third album, although nothing has been produced as yet. In January 2006 3D from Massive Attack confirmed that the two bands planned another joint concert later in the year.

In 2005, Utley and Barrow produced The Coral's The Invisible Invasion. Barrow along with Utley, Clive Deamer and John Baggott also assisted with the production of Stephanie McKay's "McKay" album in 2003 under the Go! Beat Records label.

Utley also contributed to the Black Cherry album by Goldfrapp.

Portishead and other so-called trip hop groups have expressed dislike for the term, arguing it is a media invention designed to categorise their otherwise not-so-categorizable music. 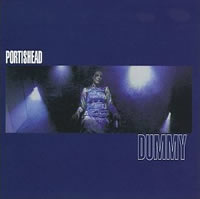 Scene:
Roads can be heard during the following scenes in the Millennium episode Pilot:

Heard when Frank enters the private booth in the 'Ruby Tip' strip club. A blonde girl seen earlier, Tuesday, is wearing skimpy red lingerie and pulls back a curtain as Roads begins. It continues throughout the scene.

The track "Roads" appears on the soundtrack to the Lori Petty film Tank Girl, it also plays in the movie Cheaters and it is also used in the movie Little Criminals. It has been covered by My Dying Bride on their Meisterwerk 2 album.

Dummy, released in 1994, was the debut album of the Bristol-based group Portishead. Building on the promise of their earlier EP, "Numb", it helped to cement the reputation of Bristol as the capital of "trip hop", a nascent genre which was then often referred to simply as "the Bristol sound". Fellow travellers along this experimental path included Massive Attack, Tricky and the record label, A Cup of Tea, who were exploring the margins of hip-hop, soundtracks and jazz just as their fellow Bristolians Smith and Mighty, Rip, Rig and Panic (featuring Neneh Cherry) and The Pop Group had pushed the boundaries of dub, funk and punk before them.

Now considered to be something of a classic, and regarded by many critics as one of the most influential albums of the 1990s, Dummy is arguably darker in tone than much of the music it later inspired.

The following video clip relates to Roads by Portishead:

The following lyrics are the property of the respective authors, artists and labels. The lyrics to Roads are provided for educational and research purposes only. Please support Portishead by purchasing relevant CD's or legal music downloads.


Ohh, can't anybody see
We've got a war to fight
Never found our way
Regardless of what they say

Storm.. in the morning light
I feel
No more can I say
Frozen to myself

Ohh, can't anybody see
We've got a war to fight
Never found our way
Regardless of what they say

Ohh, can't anybody see
We've got a war to fight
Never found our way
Regardless of what they say

The following other websites are listed for Portishead: