This music profile has been viewed 8258 times.

Although a classically trained composer Gerhard_Narholz (aka Norman Candler) has worked in all genres, from easy listening through to avant-garde, including pop, jazz and electronic.

Controversial writer Jose Chung comes to Frank Black and the Millennium Group for help when a bizarre religious group called Selfosophy, which he's recently written a very unflattering short story about, places a price on his head. With each murdered body, issue of Playpen magazine, and Selfosophy key to happiness that the investigators come across, they find the case becoming more convoluted and utterly absurd. The question becomes, as Frank puts it, "What the hell is going on here?"

There are a total of 255 images for Jose Chung's 'Doomsday Defense' which are available in our Episode Image Gallery. 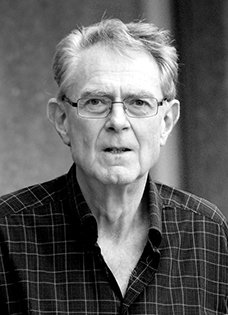 (Norman Candler is a pseudonym used by Gerhard Narholz.)

Narholz founded the record label Pro Viva, which is dedicated to contemporary classical music of living composers. He composed and produced Easy Listening albums for Sonoton and Intersound with artists such as Billy May, Horst Jankowski, Nelson Riddle, Les Brown, Ted Heath (bandleader), Acker Bilk, Xavier Cugat and Franck Pourcel. 1980-2009 he concentrated on composing and producing production music for Sonoton. He is the president and co-owner of Sonoton Music GmbH&CO.KG, Munich, Germany.

An official website for Norman Candler Magic Strings is listed at:

The following other websites are listed for Norman Candler Magic Strings: