This music profile has been viewed 10346 times.

As Lara Means disappears under strange circumstances, Frank Black and Peter Watts come to investigate a horrible death that looks so gruesome they assume it was a foul murder. Medical science states otherwise, tossing the two into a strict quarantine procedure to investigate their exposure to a horrific doomsday virus. Frank demands answers from Peter regarding the Millennium Group's knowledge of these events and considers joining an opposing group, The Trust, to get to the truth of the matter.

Still images from The Fourth Horseman

There are a total of 165 images for The Fourth Horseman which are available in our Episode Image Gallery. Marie Dionne Warrick (born December 12, 1940), known professionally as Dionne Warwick, is an African American singer best known for her work with Hal David and Burt Bacharach as songwriters and producers.


Where Dionne Warwick can be heard in The Fourth Horseman

The Millennium episode The Fourth Horseman contains the following music by Dionne Warwick:

Music from Dionne Warwick was used in a total of 1 episode/s of Millennium. Below is a complete list of all music by Dionne Warwick heard throughout the series and the episodes in which it was used, including links to the relevant music and episode profiles:

Born to parents Mansel Warrick and Lee Drinkard in East Orange, New Jersey, Dionne Warrick began singing gospel with her family, and started her professional career after graduating from the University of Hartford. In the earliest stage of her career, she sang backing vocals on records by Chuck Jackson, Dinah Washington and Solomon Burke, among others. Her first solo single was 1962's "Don't Make Me Over", the title (according to legend) supplied by Warrick herself when she snapped the phrase at producers Burt Bacharach and Hal David when she found a song she wanted to record, "Make It Easy on Yourself" had been given to another artist, Jerry Butler. From the phrase, Bacharach and David created an elegant R&B recording, which became a top 40 pop hit in the US (and a top 5 US R&B hit.) Famously, Warrick's name was misspelled on the credits, and she soon began using the new spelling (i.e., "Warwick") both professionally and personally.[1]

The two immediate follow-ups to "Don't Make Me Over" were largely unsuccessful, but 1964's "Anyone Who Had a Heart" was Warwick's first top 10 pop hit. This was followed by "Walk on By", a major hit that launched her career into the stratosphere. For the rest of the 1960s, Warwick was a fixture on the US and Canadian charts, and virtually all of Warwick's singles from 1962-1972 were written and produced by the Bacharach/David team.

In fact, Warwick weathered the British Invasion better than most American artists, although she released only a few hits in the UK during the late 1960s, most notably "Walk On By" and "Do You Know The Way To San Jose". In the UK a number of Bacharach-David-Warwick songs were covered by UK singer Cilla Black, most notably "Anyone Who Had a Heart", which went to #1 in the UK. This upset Warwick and she has described feeling insulted when told that in the UK, record company executives wanted her songs recorded by someone else. Warwick even met Cilla Black whilst on tour in the UK. She recalled what she said to her - " I told her that "You're My World" would be my next single in the States. I honestly believe that if I'd sneezed on my next record, then Cilla would have sneezed on hers too. There was no imagination in her recording."

The late 1960s and early 1970s became very succcessful time period for Warwick who saw a string of Gold selling albums and Top 20 and Top 10 hit singles. The 1967 LP called Here Where There Is Love became a big hit for Warwick, as did her single "I Say a Little Prayer" (on her album The Windows of the World). Her next big hit was unusual in that it was not written by Burt Bacharach and Hal David; "(Theme From) Valley of the Dolls" was a smash success, as was the Bacharach/David-penned follow-up, "Do You Know the Way to San Joseacute;". More hits followed in the last two years of the 1960s.

Warwick had become the priority act of Scepter Records with the release of "Anyone Who Had A Heart" in 1963. However, in the post-Woodstock era of the late 1960s, the decision was made that she would begin looking for a major label. Warwick's last recording for Scepter was in 1971. She debuted on Warner Bros. Records -- in a five-year contract that was the biggest contract for a female artist at that time. Although she initially teamed with Bacharach and David as writers/producers, this association dissolved after one LP on Warners. For the next few years, Warwick would team with a variety of producers, looking for an elusive hit.

Her career slowed greatly in the 1970s, with no big hits until 1974's "Then Came You", recorded as a duet with the Spinners and produced by Thom Bell. It was her first US #1 hit on the Billboard Hot 100. Nevertheless, other than this success, Warwick's five years on Warner Bros. Records -- despite the fact that she worked the entire time -- left her almost completely without hits, other than a few quality, but lesser known Disco hits such as "Track of the Cat" and "Once You Hit The Road" -- both of which were produced in 1975 and 1976, respectively, by Thom Bell.

This trend ended with the move to a new label and the release of "I'll Never Love This Way Again" in 1979. The song was produced by Barry Manilow. The accompanying album Dionne was her first to go platinum. This was her debut on Arista Records, to which she had been personally signed and guided by the label's founder Clive Davis. Her 1980 album, No Night So Long was not quite as strong but featured the quality title track which became a major hit.

Warwick's next big hit was her 1982 full-length collaboration with Barry Gibb of The Bee Gees for "Heartbreaker". Her previous hit was the duet "Friends In Love" recorded with Johnny Mathis, her good friend and fellow musical legend. In 1983, Dionne issued one of her finest albums during her time Arista, titled, "How Many Times Can We Say Goodbye" which was produced by Luther Vandross. Their collaboration on this project yielded some of the finest quality songs written, produced and or sung by Vandross. The albums' most successful single became the beautifully emotive, title track, "How Many Times Can Say Goodbye", a duet with Warwick. The second single, the Dance-pop song, "Got a Date" became a moderate hit on the R&B chart. The album is still highly sought after by both Warwick and Vandross fans.

In 1986, Warwick led the American Foundation for AIDS Research (AmFAR) benefit single "That's What Friends Are For" with Friends (Gladys Knight, Elton John, and Stevie Wonder); it was a number one hit, and garnered Warwick's fifth Grammy Award. It also marked a reunion of Warwick and song co-writer Burt Bacharach (lyrics by Carole Bayer Sager).

In late 1987, Dionne scored another pop hit and Top 10 R&B chart hit with the song, "Love Power", a duet with Jeffrey Osborne. The album it came from, Reservations For Two was released in 1988.

In January 1980, while under contract to Arista Records, Dionne Warwick hosted a two-hour TV special called Solid Gold '79. This was adapted into the weekly one-hour show Solid Gold, which she hosted throughout 1980 and again in 1985-86.

Her career took an unexpected major downturn in the 1990s, with only a few moderate-selling albums released and no major singles. The most well received album being, "Friends Can Be Lovers" which featured a moderate hit with the lead single, the sensual, "Where My Lips Have Been". The second single, "Love Will Find a Way" featuring Whitney Houston, would have been a major hit but Arista had been putting their promotional push energy behind The Bodyguard soundtrack. During this period, she was perhaps best known for hosting infomercials for the Psychic Friends Network, a 900 number psychic service. It became a successful venture.

In 2002, Warwick was arrested at Miami International Airport for possession of marijuana. Miami-Dade Police officers reported finding eleven marijuana cigarettes inside a lipstick container. Drug charges were dropped when she agreed to complete a drug treatment program, donate $250 to charity and make an anti-drug public service announcement directed at youth. Dionne maintains that the cigarettes were dropped in an open bag she was carrying.

In 2005, Dionne Warwick was honored by Oprah Winfrey at her Legends Ball.

Warwick enjoyed one of her largest audiences ever when she appeared on the May 24, 2006 fifth-season finale of American Idol. 36 million U.S. viewers watched Warwick sing a medley of "Walk on By" and "That's What Friends Are For", with longtime collaborator Burt Bacharach accompanying her on the piano.

In 2006, Warwick released My Friends and Me, a duets album on which she sang with various female singing stars, on thirteen of her old hits. It is her first album for the label, Concord Records. The album was produced by her son, Damon Elliot. Among her singing partners were Gloria Estefan, Olivia Newton John, Wynonna Judd and Reba McEntire. The album's sales have been decent. Although it can be said her fans are craving original material from Warwick, based on some customers reviews, still the album has performed well, becoming her first album to make the charts since 1993's, critically acclaimed album Friends Can Be Lovers. The album, My Friends & Me peaked at #66 on the Top R&B/Hip-Hop Albums chart. Warwick is currently on a world Tour. 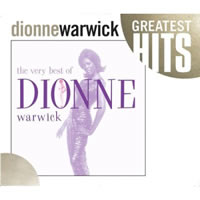 Scene:
I'll Never Fall in Love Again can be heard during the following scenes in the Millennium episode The Fourth Horseman:

Heard in the Davis' dining room as the family sit down to a Mother's Day family dinner, ultimately dying horribly from the Marburg Virus.

"I'll Never Fall In Love Again" is a popular song written by Burt Bacharach and Hal David. Originally written for the 1968 musical Promises, Promises, it soon became one of Bacharach and David's most enduring songs. In 1970 it became a number six hit on the US Billboard Hot 100 singles chart for Dionne Warwick.

The following lyrics are the property of the respective authors, artists and labels. The lyrics to I'll Never Fall in Love Again are provided for educational and research purposes only. Please support Dionne Warwick by purchasing relevant CD's or legal music downloads.

Don't tell me what it's all about
'Cause I've been there and I'm glad I'm out
Out of those chains, those chains that bind you
That is why I'm here to remind you

An official website for Dionne Warwick is listed at:

The following other websites are listed for Dionne Warwick: