Mark Snow - Goodbye To All That - Millennium Music Profile

This page is an introduction to Mark Snow whose music was used during the Millennium episode Goodbye To All That. A complete list of all music by Mark Snow that was used throughout Millennium is also listed below.

This music profile has been viewed 6693 times.

Goodbye To All That

With Frank Black being held responsible for Barry Baldwin's death at the hands of a Millennium Group assassin, Emma Hollis further distances herself from her former mentor while gaining Millennium Group membership. The Federal Bureau of Investigation dismisses Frank once and for all from its ranks, an act which pulls the Bureau and the Millennium Group closer to each other. Frank, Emma, and Peter engage in angry attacks against each other as the new Ed Cuffle continues to leave a trail of bodies. The battle will end in role reversal for all, an end to things as they once were, and an uncertain future.

Still images from Goodbye To All That

There are a total of 235 images for Goodbye To All That which are available in our Episode Image Gallery. 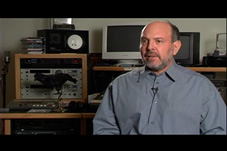 
Where Mark Snow can be heard in Goodbye To All That

The Millennium episode Goodbye To All That contains the following music by Mark Snow:


Scene:
Millennium: We're All Shepards can be heard during the following scenes in the Millennium episode Goodbye To All That:

Heard to wonderful effect during the final scene as Frank has his final monologue and picks up Jordan from school.