US Millennium: The Complete First Season for 20th July 2004

It's the breaking news that US based Millennium fans have been waiting for and here are the all important details on the DVD Box Set Release. The Region 1 DVD release of Millennium: The Complete First Season specifications are as follows...

Millennium will be released in a Six Disc DVD Box Set containing all Season One 22 Episodes. Retailing in US stores at a list price of $59.98, the Region One US version will be known as Millennium: The Complete First Season in keeping with Fox's previous TV to DVD Shows. 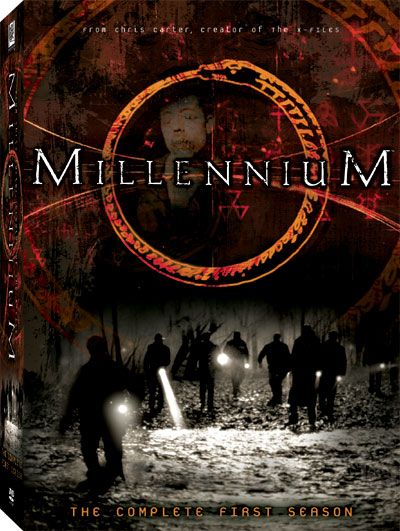 The release was previously confirmed for July, the exact date now known to be 10 days later than the UK release date of 12th July 2004.