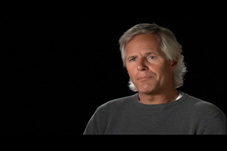 According to the Hollywood Reporter and Reuters News Agency, Chris Carter (creator of Millennium, The X-Files and Harsh Realm) has sued 20th Century Fox Television for breach of contract, contractual interference and other claims over payments allegedly owed to him from the hit television series, The X-Files. Chris Carter accuses the studio of reneging on terms of the deal because they were found to be "too favorable" to him, according to the lawsuit, filed in December in Los Angeles Superior Court. Carter brought the case through his production company, Ten Thirteen, during December 2005 and is seeking unspecified damages. X-Files fans are eagerly awaiting news of the long overdue sequel to the X-Files Movie.