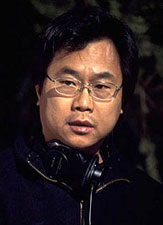 Jame Wong has been interviewed by movie site JoBlo.com/Arrow In The Head on the subject of his and partner Glen Morgan's cinematic sequel Final Destination 3. Ex-Millennium Executive Producers and Writers Morgan and Wong who still form Hard Eight Pictures were responsible for Season Two of Millennium, steering the series away from the 'Serial Killer of the Week' format and concentrating more on Frank Black and the mysterious Millennium Group. The highly talented Robert McLachlan (Millennium) is joining the team once more to provide Cinematography.

Final Destination 3 is out in Cinemas worldwide from February 10th and is the third tale in the series about teenagers escaping death this time in a rollercoaster accident who are then stalked and hunted down by 'death/fate'.

Read the interview with James Wong here at JoBlo.com in which he also provides information on Morgan and Wong's next project, the remake of 1974 cult festive-horror film Black Christmas again with Cinematography by Robert McLachlan where Co-eds are terrorized by an obscene phone caller with a bloody agenda over Christmas break.

If Black Christmas sounds familiar to Millennium fans, it should. During Season Two's outstanding episode Midnight of the Century, Millennium Group IT expert Brian Roedecker gives Frank a copy of Black Christmas together with Silent Night, Deadly Night as Christmas presents in a light hearted and favourite scene:

[Frank takes the package with a smile, pleasantly surprised.]

FRANK: Roedecker, you shouldn't have. (then, lying) I, uh, haven't wrapped yours yet.

ROEDECKER: There's never enough time for anything, is there? (excitedly) Well, come on, open it!

[Frank unwraps the gift. It's two videotapes: they are blood-and-guts horror flicks. Frank loses a portion of his holiday cheer.]

ROEDECKER: Well, it ain't your father's Christmas! Nothing will put you more in the mood for the holidays than a serial- killing Santa!

FRANK: This is not a serial killer. This is a spree killer.

ROEDECKER: (factually) The sexual repression and signature make him an organized serial killer.

FRANK: (gesturing at the tape) The triggering stressor would have be that they forced him to wear that Santa outfit - that's ludicrous.

ROEDECKER: (beat) It says "Serial Killer" on the box.