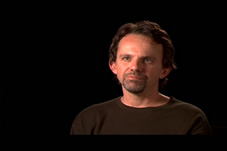 Television channel Zone Horror are to commence airing Millennium on October 4th 2008. To coincide with their new acquisition, an interview with Frank Spotnitz, writer and co-executive producer on Millennium Season's 1 and 3 has been posted on their website. It's refreshing to see a new Millennium based interview after all these years.

You can learn more about the talented and respected Frank Spotnitz in his crew profile. Also of interest, MovieScope Magazine also posted a new interview with Frank Spotnitz in Volume 2 No3 2008 in which Frank talks about The X-Files series, the movie The X-Files: I Want to Believe and being 'blamed' for 9/11. They currently offer a free look at the digital copy on their website.