The Well-Worn Lock...One of the BEST of the 1st season

By Guest Black's Babe,
February 16, 2009 in MillenniuM Season One

I had mixed feelings about this episode when I first watched it. I recall, at the time, reading the comments of a X-File fan who wrote amateur reviews, which over time became increasingly hostile towa 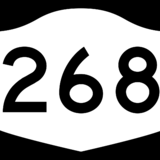 Lucy made me do it

This episode probably more than any other is why I listed Carter as a favorite writer on Millennium. I don't have any experience in the subject matter but it all feels realistic to me: the victim, the