Antipas- Where were the MG? 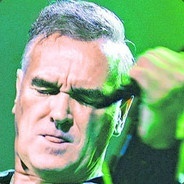 First I would like to point out that the meaning of the word "Antipas," which is "enemy of all."  Naturally I believe it is referring to Lucy "the devil" Butler, and after reading the synopsis of the

Here's my thing ~ Emma was no competition for Lucy, but probably more of an inconvenience or annoying disturbance.  Emma was very intelligent, but no match for Lucy.  I'm sure the group called Em