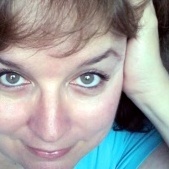 Given the decor, I thought it was her house.