Hi Simon, Only season two and three were filmed in widescreen 16:9, sorry. The DVD aspect ratios for each season are listed below. Season 1: 1.33:1 Aspect Ratio - Full Frame version 4:3 Season 2

You can already see scenes from season one in 16:9 ratio, if you watch "Jose Chung's Doomsday Defense" from the second season. Frank sees images from some first season episodes while using the Onan-o- 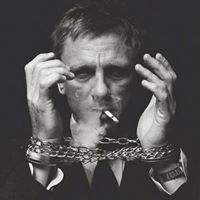 There was a semi recent reprint in Australia which was cool at least.