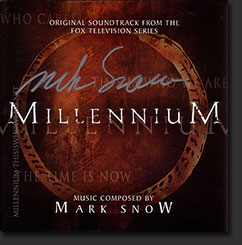 Towards the final day of 2008, La-La Land Records released a limited edition 2 CD set of Mark Snow's hauntingly beautiful music from the Millennium tv series, on Tuesday, December 2, 2008 for the price of $24.98. Although only the first 100 orders were to be originally autographed by composer Mark Snow as stated on the company's website, Mark kindly went on to autograph 500 copies in total.

Despite the release being limited to only 2000 copies (the number synonymous with show's title), the cries of Millennium fans worldwide were finally answered after the disappointing decision by Twentieth Century Fox to limit the only previous legal release of Millennium's music to an e-version, available only the iTunes webstore. As if that were not limiting enough, it was only available to customers located in the US, most likely for licensing reasons. These 2008 2-disc CD sets however, feature 51 incredible, crystal clear and long awaited tracks and La-La Land Records commenced shipping them worldwide on December 16th, 2008 with many deliveries arriving in time for Christmas.

Members of our community forums were chomping at the bit, waiting until the scheduled release time of 12PM PST (8pm GMT) on December 2nd, in order to procure a signed copy of the release. For once, the show's fans were able to buy a quality Millennium collectible without the online auction traders beating them to it.

Upon delivery of my own copies, I had a nice surprise in the form of a quote from this website included in the beautifully illustrated, detailed and genuinely insightful, accompanying booklet! As well as notes from Mark Snow and Frank Spotnitz themselves, there are detailed notes about each of the 51 included scores.

The long awaited and frankly surprise release, features tracks from many of your favorite episodes spanning all three seasons of Millennium. Breathtakingly beautiful, with dark and haunting violins, harpsichord, dulcimer, piano, strings, drums and choirs, all of which pull and tease at your emotions as you listen, and savour the memories of criminal profiler Frank Black's dark and bittersweet journey towards the apocalypse.

It would however be absolutely impossible to include all of Mark Snow's music from Chris Carter's sublime 67 episode television series, even allowing for the capacity of a double CD release, so no doubt some fans were slightly disappointed that the often discussed music from episodes such as 'Luminary' was absent. However, there was much more to be grateful for, with previously unreleased music from several fan-favorite episodes including a bonus vocal-remix of the show's main title theme, which is frankly hilarious (but should be noted it is not family or work safe!)

La-La Land Records later released a second volume of music from the series featuring the scores from 'Luminary'. Both releases are an essential 'must buy' for all fans of Mark Snow and hopefully, there may well one day be a third release to complete the availability of Mark Snow's unsurpassed Millennium soundtrack.

If you are looking to purchase the official Millennium CD soundtrack, we highly recommend that you check La-La Land Records and sign up to their newsletter, sometimes although out of stock, they release additional batches of their soundtracks, and have done so previouly with Millennium since its original release.

Alternatively, you can try Amazon (links below) for both CD and digital downloads (the CD prices there are sadly extremely overpriced by third party sellers), or try searching Ebay or asking on our Millennium Music discussion forums.

Update: Currently (as of July 11th 2018), you can order copies of MILLENNIUM: LIMITED EDITION (2CD-SET) direct from LaLaLand's new website, which states a further limited batch of 1000 units are available from June 9th, 2018.

The website also advertises 2000 units of MILLENNIUM VOL 2: LIMITED EDITION (2-CD SET). Both releases are priced at a very reasonable $24.98 at the time of writing. 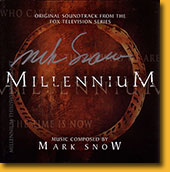 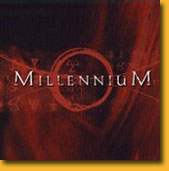 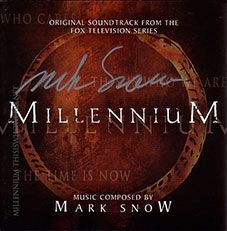 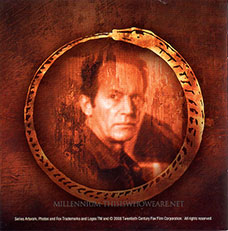 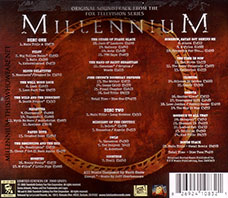 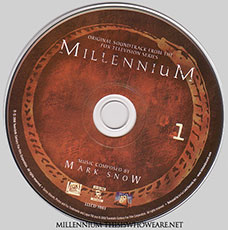 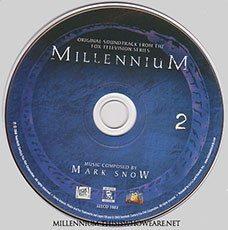 THE WILD AND THE INNOCENT

THE BEGINNING AND THE END

THE CURSE OF FRANK BLACK

THE HAND OF SAINT SEBASTIAN

MIDNIGHT OF THE CENTURY

SOMEHOW, SATAN GOT BEHIND ME

THE TIME IS NOW

GOODBYE TO ALL THAT

Wow! This is awesome, at long last it's actually happening. And the track listing sounds absolutely fantastic! Full coverage of "Omerta". Almost 10 minutes from "The Curse of Frank Black". The end theme from "Paper Dove". Pretty much everything I ever wanted. ... Fantastic of Mark Snow to sign so many copies. That's real dedication. I only hope he knows how grateful we all are. - ZeusFaber


I listened to the rest of the CD last night. It's great and really put me into a millenniumistic frame of mind. It was most definitely worth the wait. The last track is pretty funny too. Thanks again to this forum for pointing out the availability of the CD's or I may never have found them. - Watts