This page is an introduction to Patti Smith whose music was used during the Millennium episode Anamnesis. A complete list of all music by Patti Smith that was used throughout Millennium is also listed below.

Welcome Frank.
There are 35 days remaining.

This music profile has been viewed 24639 times.

Catherine Black is called to a Seattle area high school to help understand why a local girl is claiming to have magnificent religious visions of Mary Magdalene. When she arrives, however, she finds her cool psychological findings to be in direct conflict with those thought patterns of another investigator: Lara Means, representing the Millennium Group. The struggle for answers may bring Catherine to a deeper understanding of her husband's work and driving essence.

There are a total of 105 images for Anamnesis which are available in our Episode Image Gallery.

Music by Patti Smith used in the Millennium episode Anamnesis Smith came to prominence during the punk movement with her 1975 debut album Horses. Called "punk rock's poet laureate", she brought a feminist and intellectual take to punk music and became one of rock and roll's most influential musicians.

Although Smith's success has been limited in commercial terms (she has never had an RIAA certified record and has had just one Top 20 single), she is often regarded as one of the most influential artists in rock history: Rolling Stone magazine placed her at #47 in its list of the 100 Greatest Artists of All Time. On March 12, 2007, she was inducted into the Rock and Roll Hall of Fame by Rage Against the Machine frontman Zach de la Rocha.


Where Patti Smith can be heard in Anamnesis

Music from Patti Smith was used in a total of 2 episode/s of Millennium. Below is a complete list of all music by Patti Smith heard throughout the series and the episodes in which it was used, including links to the relevant music and episode profiles: 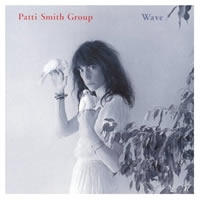 Scene:
Dancing Barefoot can be heard during the following scenes in the Millennium episode Anamnesis:

Heard during the opening episode teaser, as the four girls meet and dance literally barefoot in the forest. It can also be heard as Alex Hanes attempts the murder of Clare McKenna in the final scenes of this episode, Anamnesis.

Dancing Barefoot is a song by the Patti Smith Group, taken from the 1979 album Wave. According to the album sleeve, the song was dedicated to women such as Modigliani's mistress Jeanne Heacute;buterne. It was released as a single and has been called Smith's best song. In the Rolling Stone issue that contained The 500 Greatest Songs of All Time, "Dancing Barefoot" was ranked No. 323; interestingly enough the magazine had been unimpressed by the song on its initial review of "Wave".

This song has been re-recorded by the following bands and artists:

The following lyrics are the property of the respective authors, artists and labels. The lyrics to Dancing Barefoot are provided for educational and research purposes only. Please support Patti Smith by purchasing relevant CD's or legal music downloads.

Here I go and I don't know why
I fell so ceaselessly
Could it be he's taking over me...

She is sublimation
She is the essence of thee
She is concentrating on
He, who is chosen by she

Here I go and I don't know why
I spin so ceaselessly,
Could it be he's taking over me...

She is re-creation
She, intoxicated by thee
She has the slow sensation that
He is levitating with she ...

Here I go and I don't know why,
I spin so ceaselessly,
'til I lose my sense of gravity...

The plot of our life sweats in the dark like a face
The mystery of childbirth, of childhood itself
Grave visitations
What is it that calls to us?
Why must we pray screaming?
Why must not death be redefined?
We shut our eyes we stretch out our arms
And whirl on a pane of glass
An afixiation a fix on anything the line of life the limb of a tree
The hands of he and the promise that s/he is blessed among women.

An official website for Patti Smith is listed at:

The following other websites are listed for Patti Smith: