You can click on their names or the episode titles on which they worked to view more detailed Millennium Crew and Episode profiles.

In order to make this listing more manageable it has been broken down into alphabetical groups, simply select a letter from the Sort Options below to display every Millennium Crew Member whose name starts with the selected letter.

About this Credit Listing:

This Millennium Credit Listing includes all known credited and uncredited Crew Members and the episodes and sometimes multiple roles on Millennium in which they contributed.

Under each person's name, you will see the following information:

The database checks and displays the total number of work credits throughout all three seasons of Millennium. Some Crew Members worked on multiple roles on the same episode so this number could be more than the total 67 episodes of the series.

The Millennium episode titles upon which the Crew Member worked. Click on each one to view it's episode profile.

The role undertaken on this episode of Millennium. Some Crew Members were 'promoted' or 'demoted' as the series progressed.

Learn more about the people of Millennium:

Our Millennium Episode and Credits Guide features a total of:

You can find out a lot more information about the people whose creativity and talent brought Millennium to our screens from these main sections of our guide: 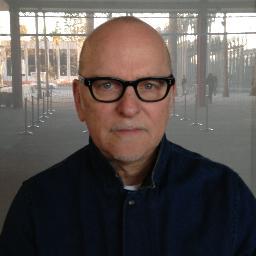 Number of appearences in Millennium: 3