The main cast from Chris Carter's Millennium television series are presented below with mini-profiles (actor summaries). You can click on their names or the character names to access full details in their respective Character and Cast Profiles.

You are currently viewing a list of Millennium's main actors and actresses.

Born and raised in New York, Lance Henriksen studied at the famed Actors Studio before setting sail around the world on a Swedish freighter. Upon his return to New York, Henriksen landed the lead in Eugene O'Neill's play Three Plays of the Sea, which marked the beginning of his accomplished career.

His numerous feature film credits include Dog Day Afternoon, Aliens, The Right Stuff, Close Encounters of the Third Kind, The Quick and the Dead, The Terminator, Jennifer 8, Near Dark, No Escape, Color of Night, The Pit and the Pendulum, Hard Target (for which he received The Saturn Award for Best Supporting Actor), Powder, The Nature of the Beast and Dead Man. Most recently, he starred in The Day Lincoln Was Shot, a TNT Original Movie, where he portrayed Lincoln.

Henriksen has been married twice and resides in Los Angeles. His birth date is May 5th.

Lance Henriksen appeared in 67 episodes of the Millennium TV Series. 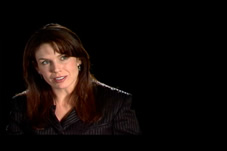 A well-known television actress, Megan Gallagher has been a series regular on a number of hit series, including The Larry Sanders Show, China Beach, Hill Street Blues, Pacific Station, and Baltimore. She has appeared in guest-starring roles on ER, Picket Fences, Law and Order, CSI and L.A. Law. Gallagher's film credits include roles in features (Hideaway, Ripple, Sight Unseen) made-for-television movies (And Then She Was Gone, Trade-Off;) and mini-series (George Washington, Champagne Charlie).

Among her many stage credits are Oliver!, Twelfth Night, All's Well That Ends Well, and the Broadway productions of A Few Good Men and Angels in America.

Megan Gallagher appeared in 46 episodes of the Millennium TV Series. 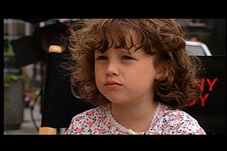 Brittany Tiplady got into acting by chance because of a family friend who is a casting director. Her first role was for a motion picture-for-television entitled "Sin and Redemption." She also has starred in a Canadian television series called "Adventures in Parenting: The Parent Zone."

In addition to acting, Tiplady has modelled and done numerous commercials. When asked what she likes least about acting, she responds without hesitation, "Waking up early and having to stay still." What does she like best? "Meeting new people."

Brittany Tiplady appeared in 39 episodes of the Millennium TV Series. 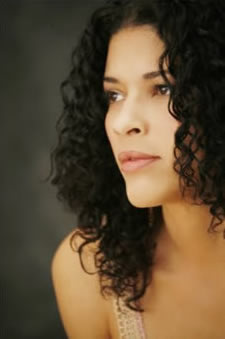 Born in Panama City, Panama and raised in Canada, Klea Scott's initial interest was in tap dancing, but at the age of 12, when she was cast for two seasons on the Canadian television program You Can't Do That on Television, her focus turned full time to acting. Following her graduation from high school, she moved to New York City to study acting and was fortunate enough to spend a summer at the Williamstown Theatre Festival in Massachusetts. Deciding to return to college, she earned a Bachelor of Fine Arts degree from North Carolina School of the Arts.

Scott's television credits include Brooklyn South and guest starring roles on ER, Cosby and Willy & Floyd. Among her theatre credits are roles in All's Well That Ends Well and The Tempest for the New York Shakespeare Festival. She has appeared in two Tom Cruise movies, Minority Report and Collateral (directed by Michael Mann).

Klea Scott appeared in 22 episodes of the Millennium TV Series.