A Millennium profile listing all episodes and seasons on which Glen Morgan contributed. The main crew members have summaries and biographies where available, and we continue to add and update profile content regulary.

This profile has been viewed 10468 times. 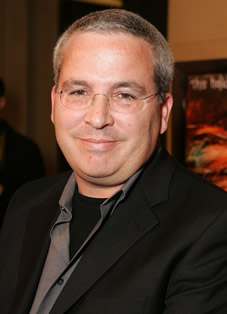 Glen Morgan is an American television producer, writer, and director.

Morgan was born in Syracuse, New York, and moved to El Cajon, California at the age of 14.

While attending El Cajon Valley High School, he met James Wong, who would become his friend and professional partner. Both enrolled at Loyola Marymount University, graduating from the School of Film and Television in 1983, and afterwards did many scripts together.

Morgan did not want to work on television at first, but wound up accepting a job at 21 Jump Street, which would later earn him and Wong a steady job at Stephen J. Cannell Productions. As Morgan was about to leave the company following scripts for The Commish in 1992, his former boss at Cannell, Peter Roth, invited him to work in a show being developed at 20th Television, The X-Files.

Morgan and Wong's work in the series lead them to create Space: Above and Beyond, and be showrunners for Millennium. Both would eventually jump to films, doing the Final Destination series, The One, the 2003 remake of Willard, and the 2006 remake of Black Christmas. Afterwards both developed different interests and started working separatedly.

In May 2007, The Hollywood Reporter reported that Morgan had joined the production team of NBC's Bionic Woman as an executive producer, however Variety reported in September 2007 that Morgan left the show due to "creative differences".

Morgan is married since 1998 to actress Kristen Cloke, whom he met while working on Space: Above & Beyond. At the time, Morgan was divorcing from his first wife; Cindy, with whom he had a daughter. Cloke has appeared in several of his other projects, including Millennium, Willard, Final Destination, The X-Files, and Black Christmas. They have four children. Glen Morgan is the older brother of fellow X-Files writer Darin Morgan.

Glen Morgan was a member of the Millennium crew.

Glen Morgan has an entry at the Internet Movie Database, available at:
https://www.imdb.com/name/nm0604688/

Glen Morgan has an entry at Wikipedia, available at:
https://en.wikipedia.org/wiki/Glen_Morgan

Sorry, we don't currently have a Facebook page listed for Glen Morgan.

Glen Morgan worked on the following 51 episode/s of Millennium: