A Millennium profile listing all episodes and seasons on which James Wong contributed. The main crew members have summaries and biographies where available, and we continue to add and update profile content regulary.

Sorry, there are currently no Millennium related interviews with James Wong, however we do have many other Cast and Crew interviews which you may find of interest.

This profile has been viewed 15910 times. 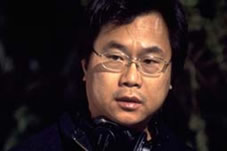 James Wong is an American television producer, writer, and film director notable for his screen works of The X-Files, Space: Above and Beyond, Millennium, the Final Destination series, The One, Willard and the remake of Black Christmas along with writing partner Glen Morgan.

Wong, born in Hong Kong, and moved to the United States with his family at age 10 to San Diego, California. During his youth, he met his future writing partner Glen Morgan at El Cajon Valley High School.

Later on, he went to Loyola Marymount University, joining a comedy improv group. Originally seeking a major in engineering, he later switched to a film major after seeing Apocalypse Now in Cinerama Dome.

After graduating, Wong landed a job as an assistant to Sandy Howard. During this time, Wong and Morgan wrote screenplays, eventually having one produced.

With Morgan, he co-wrote The Boys Next Door, after this Wong became a story editor on the short-lived ABC crime drama Knightwatch. Later, with Morgan, Wong would work on many Stephen J. Cannell productions, including Wiseguy (as supervising producer), The Commish (as supervising producer), and as a staff writer and story editor for 21 Jump Street and its spinoff, Booker.

With their background in cop shows, Wong and Morgan caught the attention of Chris Carter, also setting up production in Vancouver on a new show, sci-fi/drama The X-Files, about two FBI agents investigating the paranormal. Part of the X-Files production team from the start, Wong, along with Morgan, helped define the direction of the show in its first two seasons, from 1993 to 1995. They were also responsible for the creation of the long-running characters The Lone Gunmen, Assistant Director Walter Skinner, Mr. X and the liver-eating mutant Eugene Tooms. Early episodes written by the team, such as "Squeeze," "Ice," "Beyond the Sea" and "One Breath," received acclaim from critics for their combination of character-driven plots and sometimes macabre dark humor, as well as praise from series creator Carter and actors David Duchovny and Gillian Anderson.

In 1995, due to their success with The X-Files, Wong and Morgan were offered an $8 million, four-year contract deal with 20th Century Fox Television to write and produce television series. As part of this deal, Morgan and Wong went on to create the short-lived cult series Space: Above and Beyond. Many actors who appeared in this series have since appeared in other films and television work connected to Morgan and Wong.

They returned to The X-Files briefly in its fourth season (1996-1997), where they wrote the popular horror episode "Home", controversial among FOX executives for its content. Wong also made his TV directing debut with the conspiracy-themed "Musings of a Cigarette Smoking Man", written by Morgan and Wong. Their close relationship with executive producer Carter led into increased production and writing duties on his new series Millennium, where they oversaw the production for the second season (1997-1998) while Carter concentrated on other projects. Later, the duo would go on to create and executive produce the short-lived NBC paranormal series, The Others.

In 2000, Wong directed Final Destination, a film he co-wrote with Glen Morgan. The movie became a hit in the teen horror/slasher genre, yielding a second film on which the two did not work. Wong followed the directorial debut with The One (2001), an action film starring Jet Li, and with more horror films, Willard (2003), directed by Glen Morgan and starring Crispin Glover, and a second sequel, Final Destination 3 (2006), again directed by Wong. In late 2006, Wong and Morgan's remake of Black Christmas was released; the script was by James Wong and Glen Morgan, and the film was directed by Morgan.

James Wong is married to Teena Wong, with whom he has three children, living in California.

James Wong was a member of the Millennium crew.

James Wong has an entry at the Internet Movie Database, available at:
https://www.imdb.com/name/nm0939128/

James Wong has an entry at Wikipedia, available at:
https://en.wikipedia.org/wiki/James_Wong_%28producer%29

Sorry, we don't currently have a Facebook page listed for James Wong.

James Wong worked on the following 51 episode/s of Millennium: