A Millennium cast profile of Andrew Francis, listing all episodes and seasons in which Andrew Francis appeared. The main cast and guest stars of Chris Carter's Millennium have summaries, trivia and biographies where available.

Sorry, there are currently no Millennium related interviews with Andrew Francis, however we do have many other Cast and Crew interviews which you may find of interest.

This profile has been viewed 3511 times. 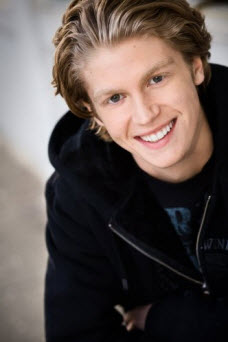 Andrew Francis (born May 27, 1985) is an actor and voice artist from Vancouver, British Columbia. He has appeared in many television shows including Poltergeist, Dark Angel, Twilight Zone, The L Word, Smallville and Kyle XY. He has also appeared in theatrical releases such as Knockaround Guys, Agent Cody Banks, Final Destination 3 and, more recently, The Invisible.

Francis has also been voice acting since the age of 9, starring in over 20 animated series, including many anime series, such as: RoboCop: Alpha Commando, X-Men: Evolution, Johnny Test, Action Man, Dragon Booster, MegaMan NT Warrior, Monster Rancher and Vision of Escaflowne.

Andrew Francis was a member of Millennium's cast.

Andrew Francis has an entry at the Internet Movie Database, available at:
https://www.imdb.com/name/nm0290075/

Andrew Francis has an entry at Wikipedia, available at:
https://en.wikipedia.org/wiki/Andrew_Francis

Sorry, we don't currently have a Facebook page listed for Andrew Francis.

Andrew Francis appeared in the following 1 episode/s of Millennium:

MLM#-319 Seven and One as Frank's brother