Sorry, there are currently no Millennium related interviews with Charles Nelson Reilly, however we do have many other Cast and Crew interviews which you may find of interest.

This profile has been viewed 5806 times. 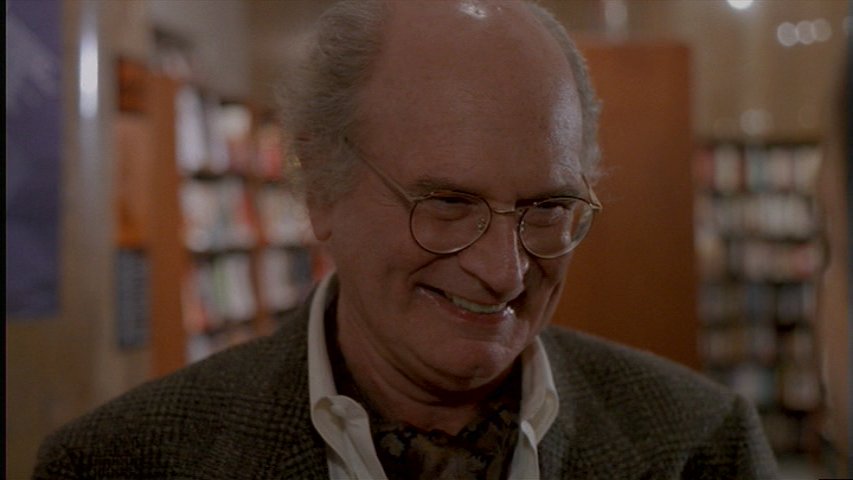 Charles Nelson Reilly (January 13, 1931 - May 25, 2007) was an American actor, comedian, director and drama teacher known for his comedic roles in movies, children's television, animated cartoons, and as a panellist on the game show Match Game.

Reilly was born in the Bronx, New York City, the son of Charles Joseph Reilly, an Irish Catholic commercial artist, and Signe Elvera Nelson, a Swedish Lutheran. When young he would often make his own puppet theater to amuse himself. His mother, foreshadowing his future as an entertainer, often would tell him to "save it for the stage". At age 13, he escaped the Hartford Circus Fire where over a hundred people died, and as a result he never sat in an audience again through the remainder of his life.

Reilly made his first motion-picture appearance in 1957, playing an uncredited role in A Face in the Crowd, directed by Elia Kazan. Most of his work during this period was on the stage. Reilly appeared in many Off-Broadway productions. His big theatrical break came in 1960 with the enormously successful original Broadway production of Bye Bye Birdie. In the ground-breaking musical, Reilly had a small onstage part, and was the standby for Dick Van Dyke in the leading role of Albert Peterson. In 1961, Reilly was in the original cast of another big Broadway hit, the Pulitzer prize-winning musical How to Succeed in Business Without Really Trying. For his memorable creation of the role of Bud Frump ("Coffee Break"), Reilly earned a 1962 Tony Award for featured actor in a musical. In 1964, Reilly was featured in the original cast of yet another giant Broadway success, Hello, Dolly! For creating the role of Cornelius Hackl, Reilly received a second nomination for a Tony Award for performance by an actor in a featured role in a musical.

While he kept active in Broadway shows, Reilly would soon become better known for his TV work. Reilly appeared regularly on television in the 1960s. For example, he did stints both as one of the What's My Line? Mystery Guests and as a panelist on the popular Sunday Night CBS-TV program. In 1965, he made regular appearances on The Steve Lawrence Show, which aired for a single season. From 1968 to 1970, he appeared as uptight Claymore Gregg on the television series The Ghost & Mrs. Muir, which also starred Hope Lange and Edward Mulhare. In one episode, Reilly was reunited with his Hello, Dolly! original Broadway cast mate Eileen Brennan.

In 1971, he appeared as the evil magician Hoodoo in Lidsville, a psychedelically flavored live-action children's program produced by Sid and Marty Krofft that aired on Saturday mornings on ABC. The show was about a boy who falls into a magician's hat and enters a magical world of hat-humans. It is through these roles, as well as his playing the titular role in Uncle Croc's Block, that Reilly's voice and mannerisms were embedded in a generation of young fanatics.

During the 1970s, Reilly also appeared as a regular on The Dean Martin Show, and had multiple guest appearances on television series including McMillan and Wife, Here's Lucy, Laugh In, The Love Boat and Love, American Style. He was also a frequent guest on The Tonight Show with Johnny Carson, appearing more than one hundred times. Because Reilly was such a lively and reliable talk-show guest and lived within blocks of the Burbank studios where The Tonight Show was taped, he was often asked to be a last-minute replacement for scheduled guests who did not make it to the studio in time. During this time, Reilly was perhaps best known as a fixture of game shows, primarily due to his appearances as a regular panelist on the television game show Match Game. Reilly was the longest-running guest, and often engaged in petty, hilarious arguments with fellow regular Brett Somers. Reilly typically offered sardonic commentary and peppered his answers with homosexually themed double entendres that pushed the boundaries of 1970s television standards.

From 1975 to 1976, Reilly starred in another live-action children's program called Uncle Croc's Block with Jonathan Harris. Reilly was often a guest celebrity in the 1984 game show Body Language, including one week with Lucille Ball and another week with Audrey Landers.

From 1980, Reilly was primarily active teaching acting and directing for television and theatre. He directed episodes of Evening Shade in 1990 and earned a 1997 Tony Award nomination as Best Director of a Play for working with longtime pal Julie Harris, opposite whom he had acted in Skyscraper, and whom he had also directed in The Belle of Amherst and a revival of The Gin Game.

Reilly was a long-time teacher of acting at HB Studio, the acting studio founded by Herbert Berghof and made famous by Berhof and his wife, the renowned stage actress Uta Hagen. Reilly's acting students included Lily Tomlin and Bette Midler.

In the 1990s, Reilly made guest appearances on The Drew Carey Show, The Larry Sanders Show, Family Matters, Second Noah and as eccentric writer Jose Chung in the television series The X-Files ("Jose Chung's From Outer Space") and Millennium ("Jose Chung's Doomsday Defense"). Reilly was nominated for Emmy Awards in 1998 and 1999 for his performances in The Drew Carey Show and Millennium, respectively. From the late 1990s, Reilly directed theater and opera, touring the country performing a critically acclaimed one-man stage show chronicling his life called Save It for the Stage: The Life of Reilly and occasionally performing as the voice of "The Dirty Bubble" on the animated series SpongeBob SquarePants, though that character was taken over by Tom Kenny. In 2006, his one-man, autobiographical stage show was made into a feature film called The Life of Reilly, offering audiences a glimpse into his background and personal life.

Reilly did not publicly proclaim his homosexuality until his one man show Save It for the Stage. However, much like fellow game-show regular Paul Lynde of the same era, Reilly played up a campy on-screen persona. In many episodes of Match Game, he would lampoon himself by briefly affecting a deep voice and self-consciously describing how "butch" he was. He mentioned in a 2002 interview with Entertainment Tonight that he felt no need to note this and that he never purposefully hid his homosexuality from anyone.

Patrick Hughes III, a set decorator and dresser, was Reilly's domestic partner; the two met backstage while Reilly was appearing on the game show Battlestars. They lived in Beverly Hills.

On May 25, 2007, Reilly sadly died at his home from complications from pneumonia after a year-long illness.

Charles Nelson Reilly was a member of Millennium's cast.

An official website for Charles Nelson Reilly is available at:
http://www.charlesnelsonreilly.com/

Charles Nelson Reilly has an entry at the Internet Movie Database, available at:
https://www.imdb.com/name/nm0717650/

Sorry, we don't currently have a Wikipedia entry listed for Charles Nelson Reilly.

Sorry, we don't currently have a Facebook page listed for Charles Nelson Reilly.

Charles Nelson Reilly appeared in the following 1 episode/s of Millennium: