A Millennium cast profile of Randy Stone, listing all episodes and seasons in which Randy Stone appeared. The main cast and guest stars of Chris Carter's Millennium have summaries, trivia and biographies where available.

Sorry, there are currently no Millennium related interviews with Randy Stone, however we do have many other Cast and Crew interviews which you may find of interest.

This profile has been viewed 6729 times. 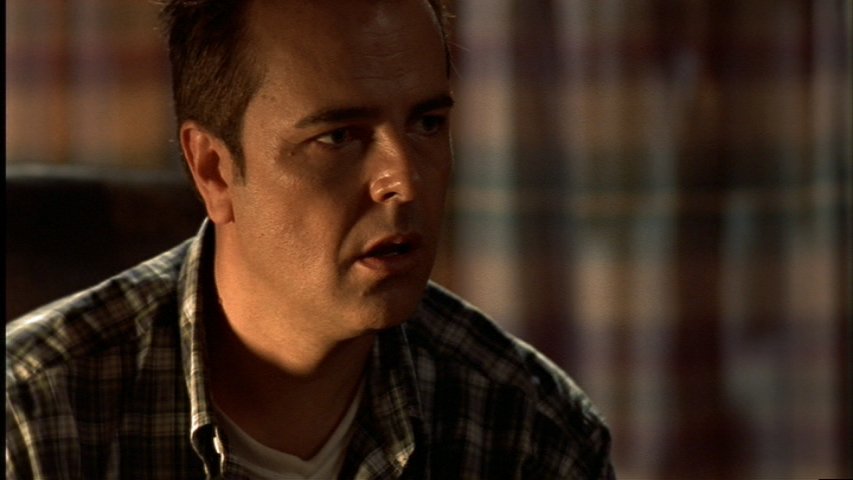 Randy Stone, who portrayed the irritating Michael Beebe in Millennium Season 2's 'Beware of the Dog', was the casting director at 20th Century Fox Television responsible for casting both The X-Files and Millennium. He had a brief career as an actor and Morgan & Wong prompted him to appear in Space: Above and Beyond and The Others in addition to Millennium.

Sadly, Randy died of heart failure at his home in Beverly Hills on Monday, February 12, 2007. He was just 48. The 2008 motion picture, The X-Files: I Want To Believe was dedicated in his memory in the closing credits.

Randy Stone was a member of Millennium's cast.

Randy Stone has an entry at the Internet Movie Database, available at:
https://www.imdb.com/name/nm0832114/

Randy Stone has an entry at Wikipedia, available at:
https://en.wikipedia.org/wiki/Randy_Stone

Sorry, we don't currently have a Facebook page listed for Randy Stone.

Randy Stone appeared in the following 1 episode/s of Millennium:

MLM#-202 Beware of the Dog as Michael Beebe