Perry Lang - Monster of the week

Perry Lang will most likely be known for directing the season two episode, Monster.

Welcome Frank.
There are 141 days remaining.

This interview has been viewed 2251 times.

This is a crew interview with Perry Lang.

Perry Lang - Monster of the week 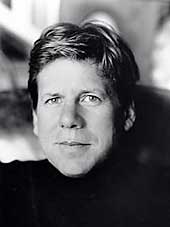 For fans of Millennium, Perry Lang will most likely be known for directing the season two episode, Monster. In the wider sense, Perry is a director, writer and actor who has contributed to countless series' and movies both in front of the lens and behind. Considering how busy he is we were delighted when Perry agreed to take time from his schedule to speak to us about the genuinely unnerving experience that is, Millennium 'Monster'.

BACKTOFRANKBLACK: As far as genre and cult offerings go, it would be simpler to mention what you haven't directed rather than what you have. All directors must have a unique approach and vision which they bring to the projects they are working on. What would you define as a 'Perry Lang' approach to directing? If you could pick a shining example of your style at its zenith, what would it be?

PERRY LANG: My approach to directing is essentially text driven. In other words the script talks to me... after reading it as many times as possible. I've gone through a lot of phases that might be defined as a style, now I just like listening to the script and seeing what it's saying, if that makes any sense.

BTFB: You have a very balanced history of work in front of the camera and behind it. From a personal perspective which affords you the greatest degree of personal satisfaction, acting or directing? Do you believe it is essential to have experienced life in front of the lens to be effective behind it?

PL: I don't believe you need to be an actor (or have been one) to understand how to work with them. For me, it a took a while to understand how each individual actor works within his/her process. I stupidly assumed early on that all actors worked like me and in that I was completely mistaken. I enjoy good material and I would have said for the last twenty years that my only desire would be to write or write and direct but as I get older, the idea of acting again sounds appealing.

Read the full interview over at BackToFrankBlack.com.