This page is an introduction to The Bee Gees whose music was used during the Millennium episode The Thin White Line. A complete list of all music by The Bee Gees that was used throughout Millennium is also listed below.

This music profile has been viewed 32462 times.

Frank Black's memories of a prominent serial killing case from his past become intensely vivid as he prepares to interview a murderer he locked away decades ago in order to catch that man's protégé, a copycat killer. Frank's concerns torture him day and night, giving him bizarre nightmares and a conscience which insists he should have killed the original killer when he was given the opportunity.

There are a total of 175 images for The Thin White Line which are available in our Episode Image Gallery. 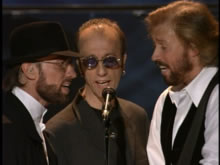 The core members of Bee Gees were a singing trio of brothers - Barry, Robin, and Maurice Gibb - that became one of the most successful musical acts of all time. They were born on the Isle of Man, lived in England for several years and moved to Australia where their music careers began; their world-wide success came when they returned to England. The group's name is derived from the initials "B.G.", primarily standing for Brothers Gibb.

The Millennium episode The Thin White Line contains the following music by The Bee Gees:

Music from The Bee Gees was used in a total of 1 episode/s of Millennium. Below is a complete list of all music by The Bee Gees heard throughout the series and the episodes in which it was used, including links to the relevant music and episode profiles:

About The Bee Gees

Grammy Award-winning group was successful for all of its forty years of recording music, but it had two distinct periods of exceptional success: as a harmonic "soft rock" act in the late 1960s and early 1970s, and as the foremost stars of the disco music era in the late 1970s.Their song "Night-Fever" was written by Hugh Mc Neill.

No matter the style, the Bee Gees sang tight three-part harmonies that were instantly recognizable; as brothers their voices blended perfectly, not unlike The Beach Boys. Barry sang lead on many songs, and an R&B falsetto introduced in the disco years; Robin provided the clear vibrato lead that was a hallmark of their pre-disco music; Maurice sang high and low harmonies throughout their career. The three brothers co-wrote most of their hits, and they said that they felt like they became 'one person' when they were writing. The group's name was retired after Maurice died in January 2003.

It has been estimated that the Bee Gees album and single sales total more than 180 million units, easily making them part of the list of best-selling music artists. Their 1997 Rock and Roll Hall of Fame citation says "Only Elvis Presley, the Beatles, Michael Jackson, Garth Brooks and Paul McCartney have outsold the Bee Gees".

The Bee Gees have been incredibly successful, selling in excess of 180 million records and singles worldwide. "How Deep Is Your Love" is their most popular composition, with over 400 versions by other artists in existence.

Their songs have been covered by singers of all stripes including Elvis Presley, Janis Joplin, Al Green, Eric Clapton, Lulu, Elton John, Tom Jones, and Nina Simone as well as newer acts like Feist singing a soulful "Inside and Out", Billy Corgan and Robert Smith (musician) covering "To Love Somebody", Steps and Destiny's Child. Songs written by the Gibbs but better known through versions by other artists include, "Immortality" by Celine Dion, "If I Can't Have You" by Yvonne Elliman, "Chain Reaction" by Diana Ross, "Emotion" by Samantha Sang and Destiny's Child, "Warm Ride" by Graham Bonnet, "Guilty" and "Woman In Love" by Barbra Streisand, "Heartbreaker" by Dionne Warwick, "Islands in the Stream" by Kenny Rogers and Dolly Parton, "Grease" by Frankie Valli, and "Only One Woman" by The Marbles. Many hit covers and album tracks of the Bee Gees' songs have been recorded, and the band's music has also been sampled by dozens of hip hop artists.


Song 1: How Deep is Your Love 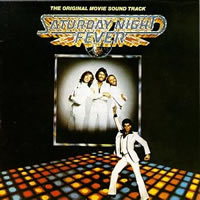 Scene:
How Deep is Your Love can be heard during the following scenes in the Millennium episode The Thin White Line:

Heard in the opening episode teaser. Pouring rain. A man, Jacob Tyler, sits in his car, listening to his radio - The Bee-Gees, "How Deep is Your Love". He reaches into the glove compartment for a deck of playing cards. He looks through it until he finds the Jack of Spades. He tears the card in half.

"How Deep Is Your Love" is a song recorded by the Bee Gees in 1977. Originally intended for Yvonne Elliman, it was ultimately used as part of the soundtrack to the film Saturday Night Fever. It was a number three hit in the UK. In the U.S., it topped the Billboard Hot 100 on December 24, 1977 and stayed in the Top-10 for a then-record 17 weeks.

The song was ranked #366 on Rolling Stone's list of the 500 Greatest Songs of All Time. Along with "Stayin' Alive", it is one of the group's two songs on the list.

The Bee Gees have been incredibly successful, selling in excess of 180 million records and singles worldwide. "How Deep Is Your Love" is their most popular composition, with over 400 versions by other artists in existence. It was famously covered by Take That for their 1996 Greatest Hits album, reaching number one for 3 weeks.

Listen to How Deep is Your Love

The following video clip relates to How Deep is Your Love by The Bee Gees:

An official website for The Bee Gees is listed at:

Sorry, we do not currently have any other stored websites for The Bee Gees. If you are aware of a quality website for this artist, please contact us and we'll add it to this page.

Wikipedia contributors, "How deep is your love?" Wikipedia, The Free Encyclopedia
https://en.wikipedia.org/wiki/How%20Deep%20Is%20Your%20Love.